Light as air and crumbly, these apple cinnamon scones are packed with chunks of apple and spicy cinnamon. The scones are made with a basic buttermilk scone base so the texture is supremely tender.

Fall is on one of my favorite baking seasons. All the cozy and warm spices, apple, pear, pumpkin, and everything that screams comfort. I just adore it!

The evenings have begun to cool down and I can definitely feel the crispness of fall in the air. It’s perfect apple picking weather.

And with those apples, you can make baked apple fritters or apple cinnamon scones. Just the kind of breakfast I enjoy! This recipe is so similar to my chai pear scones. If you liked those, you’ll definitely love these.

I have already shown you how to make soft scones. I took my plain scone recipe and added bits of crunch apple and cinnamon to make the perfect satisfying breakfast.

My base scone recipe is the best I’ve tried and I’ve made a fair amount of scones in my lifetime. It can support just about any add-in you choose.

I love making scone dough with buttermilk. It’s the only way to achieve those soft centers that are supremely moist. The outside of the scones bake up golden brown and crisp with delicate crumbs in each bite.

2 cups all-purpose flour (plus a small amount for dusting)

Preheat the oven to 400 degrees. Wash the apple, cut it into quarters, then cut off the core from each piece. Use a box grater or large holed cheese grater to shred the apple.

In a medium bowl, whisk together the egg, apple sauce, lemon juice, sugar, and shredded apple.

In a separate large bowl, stir together the flour, salt, baking powder, cinnamon, and ginger. Once combined, add the butter and work it into the flour until it resembles coarse, damp sand.

Finally, pour the bowl containing the apple egg mixture into the large bowl with the flour and butter. Stir just until a dough forms and no more dry flour remains on the bottom of the bowl.

Turn the dough out onto a lightly floured surface and shape into a 6-8 inch wide, 1.5 inch thick disc (sprinkle more flour on your hands and on the surface of the dough if needed. The dough may be slightly sticky). Cut the disc into eight wedges.

Line a baking sheet with parchment paper and place the cut scones on top. Bake the scones for 18-20 minutes in the fully preheated oven, or until they are just slightly golden brown on top. Allow the scones to cool completely.

To make the glaze, stir together the powdered sugar, cinnamon, and water until a thick paste forms. Once the scones are fully cooled, drizzle the glaze over top. 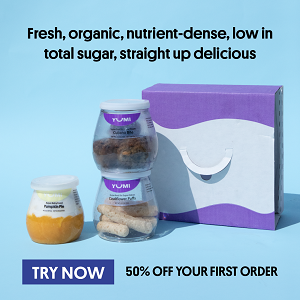